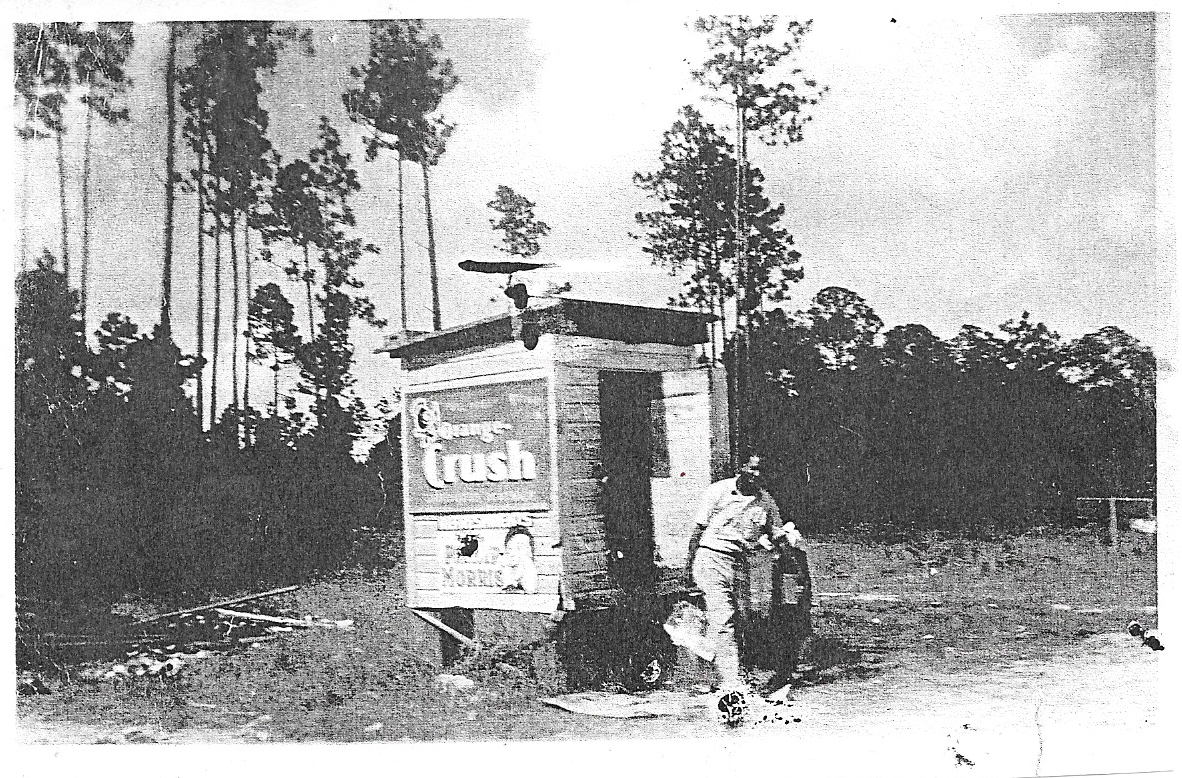 In 1920, a man who would leave a strong legacy was born in Camden County, Georgia, to Willie and Mary Street Reed. The 5th child and 2nd son of 11 children, Leroy Reed, was affectionately called “Lee Boy” by his parents. Leroy was the grandson of Stalin and Mary Street, both born during the civil war around 1860 in Smithville, Georgia, and Peach County. Leroy attended the public school of this county and was an active Sunday School student, serving as the Sunday School secretary. While in his youth, Leroy joined Clinches Chapel Church. Now, the church has a history tied to the Reed family. The church was destroyed in a fire, and the Reeds helped rebuild the structure on the property. In addition, they attended the Emancipation Proclamation of 1863, but that is a story for another blog post.

After the Imperial Japanese Navy Air Service attacked Pearl Harbor, Leroy was drafted along with many other black young men in Camden County. They left the city in segregated black-only buses and served proudly overseas. During the years of war, the segregation practices of civilian life spilled over into the military. The draft was segregated, and more often than not, African-Americans were passed over by the all-white draft boards. Finally, pressure from the NAACP led President Roosevelt to pledge that African Americans would be enlisted according to their percentage in the population. Although this percentage, 10.6%, was never attained in the services during the war, African-American numbers grew dramatically in the Army, Navy, Army Air Force, Marine Corps, and the Coast Guard.

For 4 1/2 years, Reed served with as much honor, distinction, and courage as any American soldier did, and he attained the rank of Sergeant before the war ended. After serving in WW2, he returned to Georgia and soon realized he no longer wanted to work for anyone else. While watching a man washing storefront windows in downtown Brunswick, he asked the Lord in prayer to help him build a business so he could wash his own windows (however, he never did wash windows).

After dipping Turpentine for 50 cents a day, cutting boxes for 25 cents, or pouring cement for 75 cents an hour, he looked for other ways to provide. Reed was a man who wasn’t afraid of work, and he was a man of many trades. He butchered meat, sold ice, raised children and sold eggs, planted pine trees, and even went back to work for someone else to make it over those hard times. He drove the school bus for the county school, worked at Thiokol Chemical, and was a cook at Horne’s Restaurant in Woodbine, where the new Post Office is now.

“Be in business for yourself!” Reed said, “that way, you never be without a job.”

So it began that in 1948 Reed became one of the first black business owners in Camden County. In addition, Reed was very active in community affairs. He was a member of the American Legion, served on the Democratic Executive Committee, The Department of Agriculture – ASC committee of Camden county and set many important milestones for the black community in Georgia by also becoming the very first black notary and board member of the Camden County Board of education, which he proudly served on for 14 years.

Later Reed was given an award by the Black Business Association in Georgia, recognizing his contribution to the community.

Leroy raised five sons and one daughter, but being such a leader in the community, he raised and cared for many other youngsters.

Peggie L. Walker was born March 5th in, 1930, she was the 10th child of 12 living children born to Obeina Matilda Kennedy Walker and Boise W. Walker. A bright and determined child who had a thirst to pursue education, Peggie attended the local segregated black-only elementary school, but at the time, there was no further education for the black community after 6th grade. Not satisfied with this, she moved to Yulee, Florida, to pursue her high school education from Peck High but faced another hurdle when her brother PC was drafted into WW2. However, Peggie knew her journey wasn’t over; she traveled to Macon, Georgia, with her sister Julia to continue her learning.

Her brothers Floyd and LB who had volunteered in WW2 traveled back home for the funeral of their brother Luther who had drowned in Camden in 1946 and Peggy made a choice to travel back across the country to Riverside, California with her brothers in pursuit of an integrated high school to receive her diploma from Polytech High, where she was a start on the basketball team. After proudly graduating, she returned to Georgia and attended Madam C.J. Walker Cosmetology School in Savannah, where she received her cosmetology license.

Peggie and Leroy married in 1950 and quickly started their family in the first small Reed’s store beginning in 1951, with Deborah, followed by Gregory, Donald, Vincent, and Barry. Forever the lover of education and wanting to support her husband’s new business venture, Peggie studied and took correspondence classes from Lasell University to receive her certification in bookkeeping. She worked very long days from six to midnight doing hair in the backroom kitchen of the first Reed’s store, keeping the books, and making homemade hamburgers to sell in the store. She would add bell peppers, onions, and secret recipes, and the children would roll the hamburgers out to put in the freezer.

Peggie had been a member since the mid-1930s of Oakhill Methodist, which became Oakhill United Methodist in 1968 when she joined the United Evangelical Brothers; she was a certified lay speaker for the Methodist church for over 30 years. One of the first women in the South Conference to become a Lay speaker. She wore many different hats and was the children’s teacher, young adult teacher, adult teacher, and a choir member until her voice left her. She drove the school bus after her children graduated high school.

Together Leroy and Peggy were dedicated to working hard to build a business they could pass on to their children. They lived in the back of the first Reed’s store, which had a pool table and jukebox until 1959 when the Reed home was built and expanded the store to what we know now 1963. The family believed in faith, family, and friends; they hosted big 4th of July cook-outs, where Leroy showed appreciation to the whole community. They slaughtered a cow and cooked for three full days. People in the community came and helped with everything, preparing food, and over 50 gallons of lemonade, music, dancing, and softball games in the baseball field created cherished memories.

The Reed family raised Hogs, and fall was the time of year for slaughtering and grinding sugar cane. They made their syrup and juice, which they sold. People in the neighborhood, relatives, and older people in the community would come over to help skim juice from the canes, preparing them for the grinder. During this time, there was a lot of trepidation with Mr. Reed running for the Camden County School Board; he was always defeated by a mysterious 2-3 votes that would appear overnight and even feared for his life after an attempt on it, he ran 3 or 4 times before finally becoming the first black board member of the school board.

This story was previously published in Camden Lifestyle Magazine 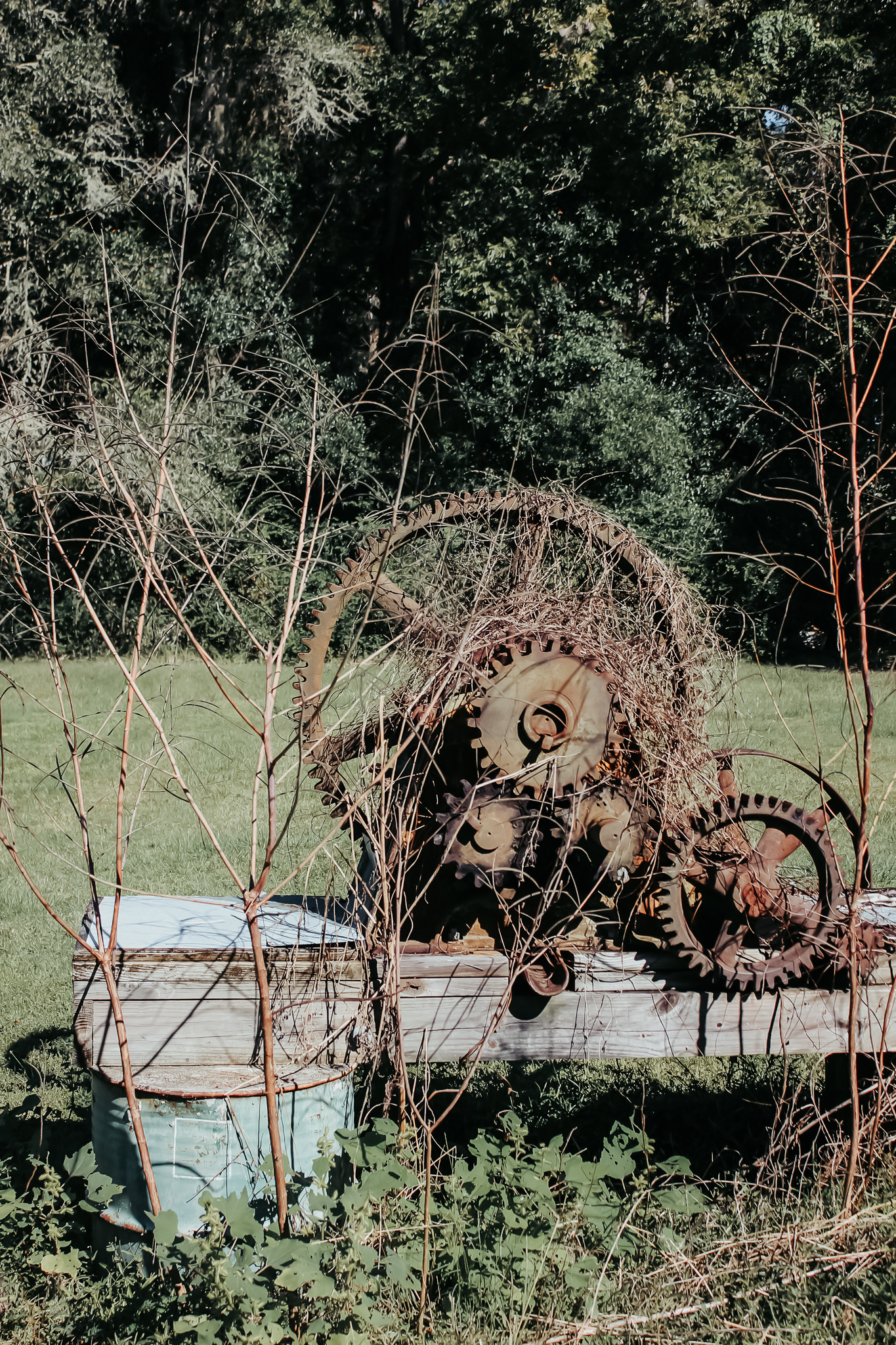 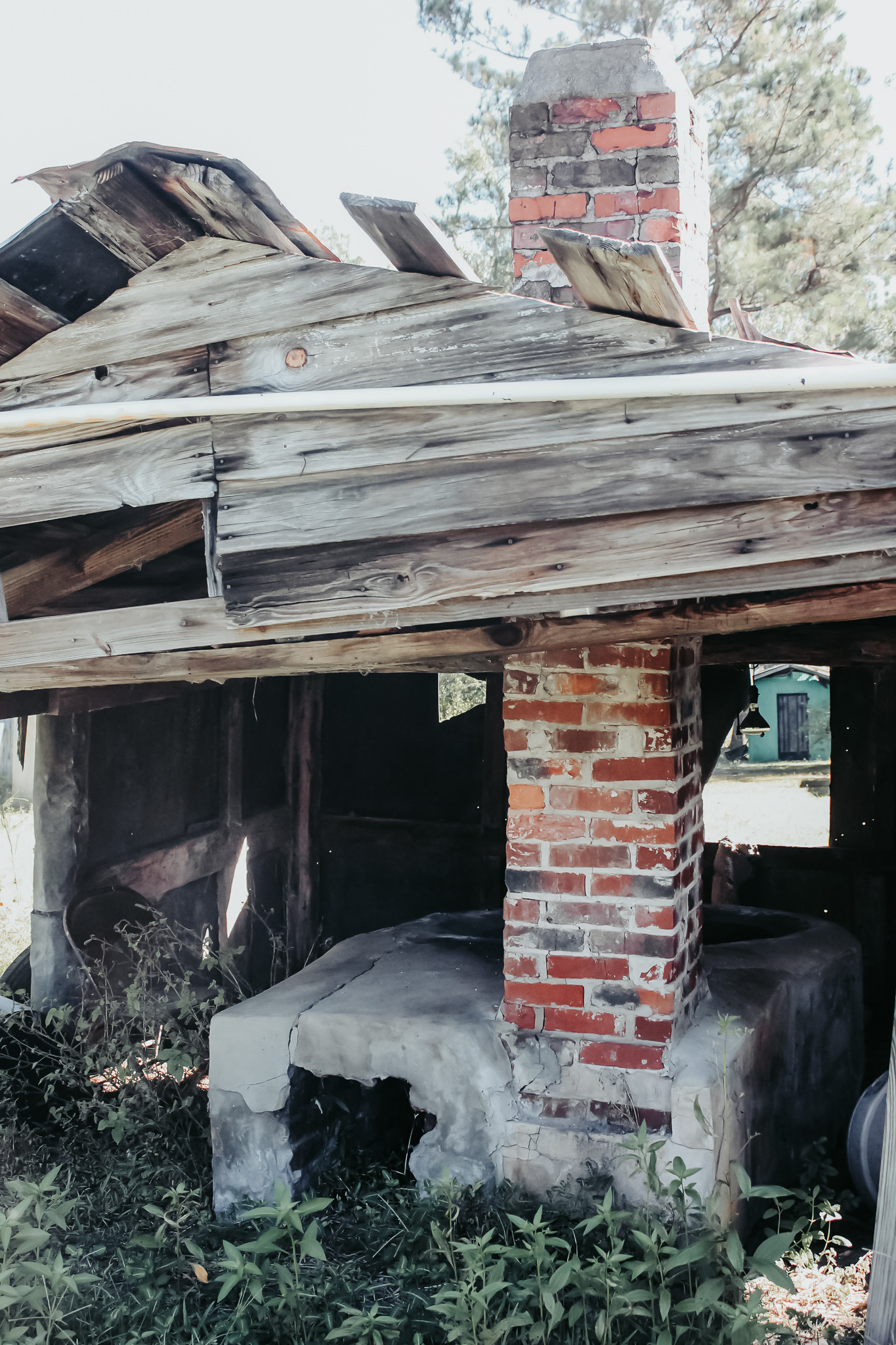 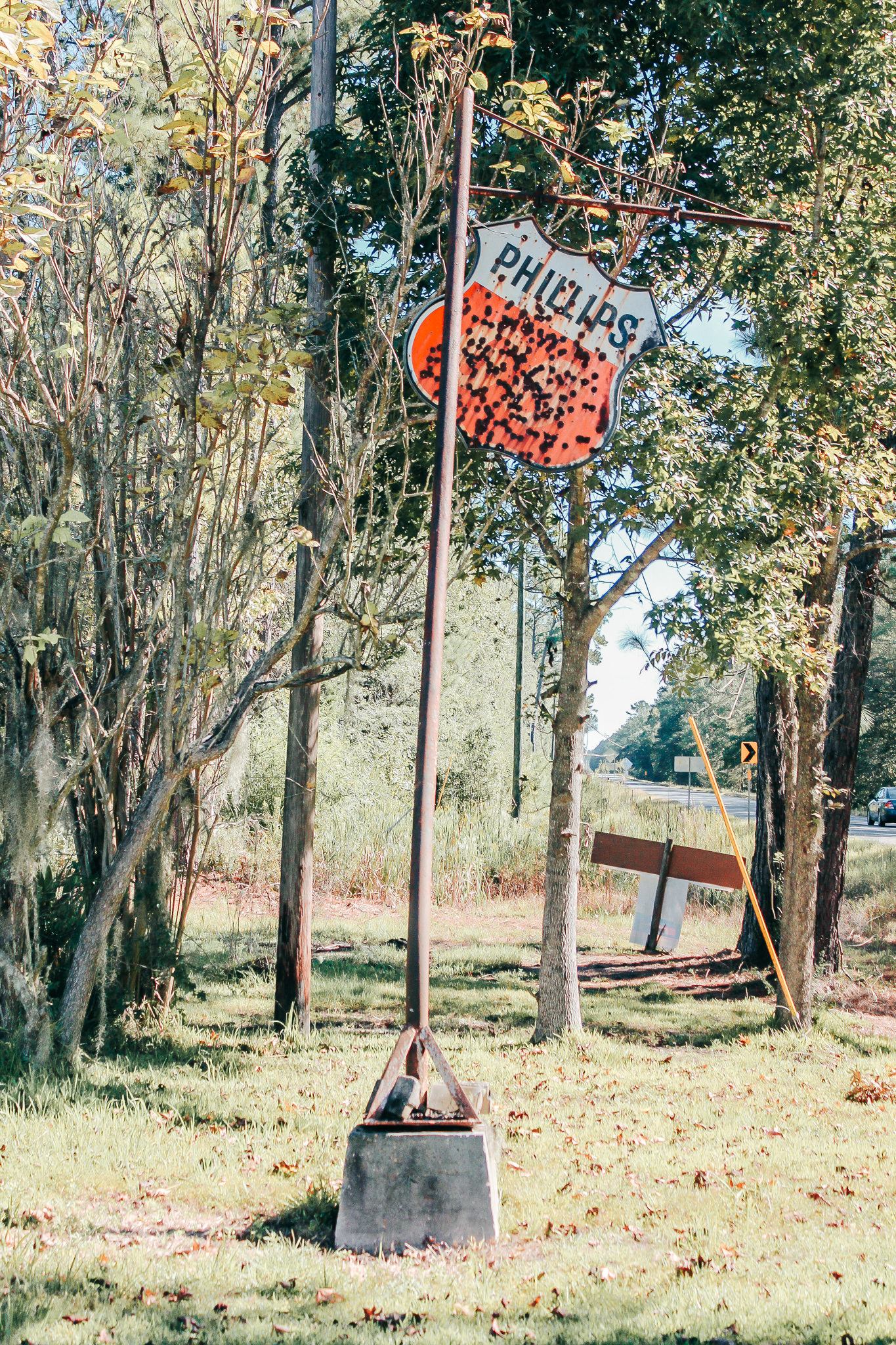 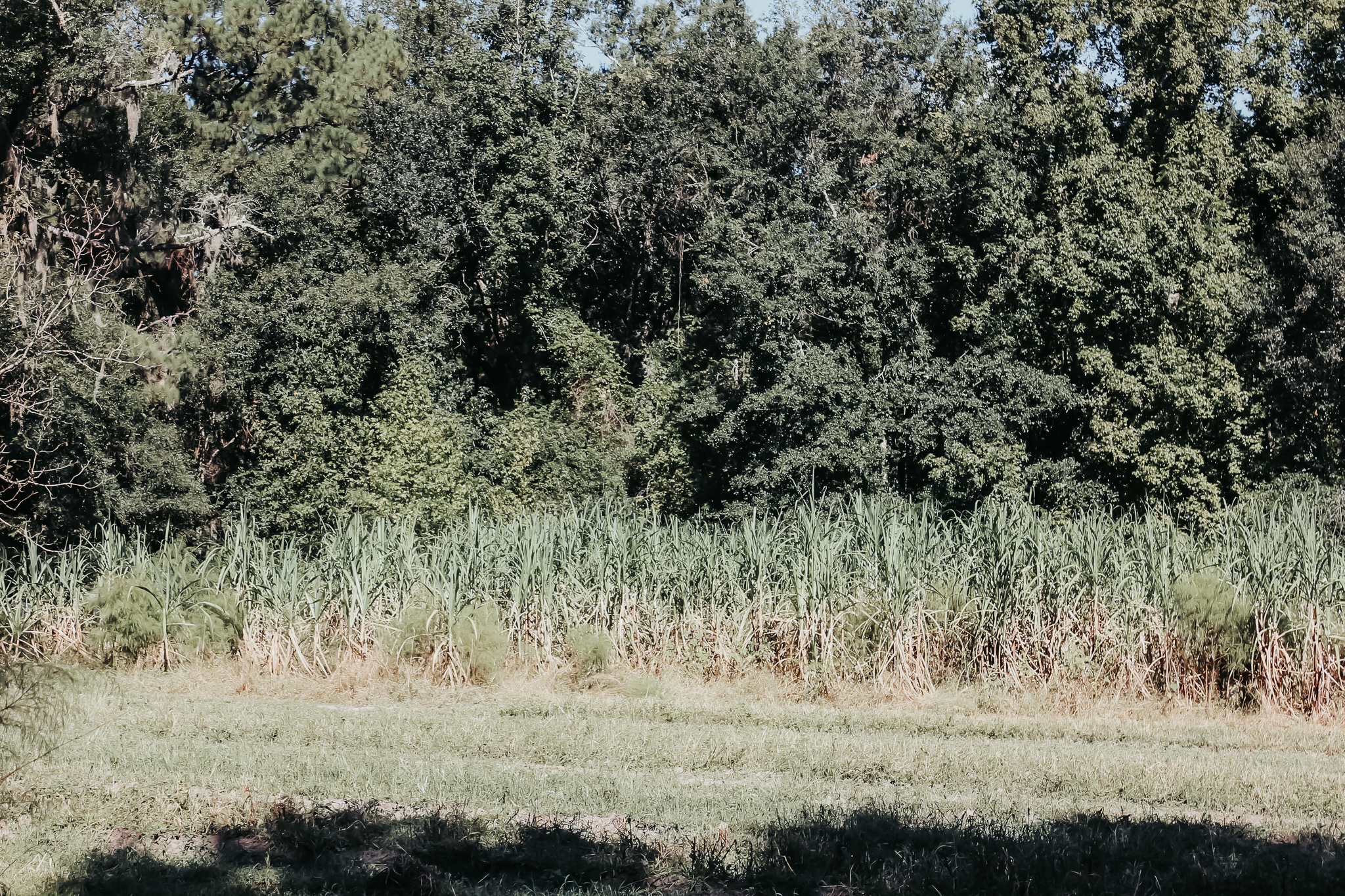